There’s a really interesting programme for this year’s Cannes Film Festival. Colin Farrell is getting rave reviews for his new weird film with The Lobster director Yorgos Lanthimos (he is set to make a Matthew McConaghy style comeback, you mark my words), Kirsten Stewart was allowed to show her short film that’s apparently not shit and – WHO CARES WHAT ARE THEY ALL WEARING?

The Cannes Film Festival is – now – as much about fashion as it is about film. Cannes is no Oscars, though; it’s a serious competition. It’s also über glamorous and over the top and caviar and diamonds and Champagne and yachts and metal detectors because it’s 2017 and the world’s a terrible place.

But at least there are movie stars and models in nice threads!

My favourite part of the Cannes Film Festival, sartorially speaking, is the day time dressing. Celebs in lunchtime outfits at lunchtime photocalls: much easier to copy than gowns.

That said, Uma Thurman at the screening of Ismael’s Ghosts is my favourite look so far.

Structured sexiness in the shade of the season (blush – but there was a lot of Champagne shades too) and the detail of the festival, a thigh high slit.

Marion Cotillard put her own spin on the dress over jeans trend at the Ismael’s Ghost photocell. Tabloid commentators hated it, but I like how three simple(ish) pieces – a floor-length white t-shirt, weird multi-cuffed cropped jeans and yellow strappy sandals make a much talked about ensemble. 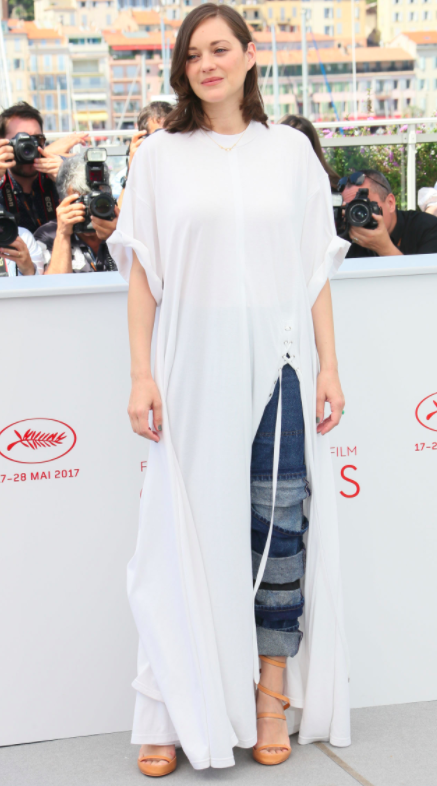 In an entirely inappropriate (for the weather) velvet boobalicious dress, Susan Sarandon proves it can be summer party-wear – just wear it in daylight and with sunglasses.

The white and gold Grecian thing is always Cannes suitable, and so says a really delighted to be there Lily Rose Depp.

Light blue and feathery, Lottie Moss is May personified (don’t make me explain why). 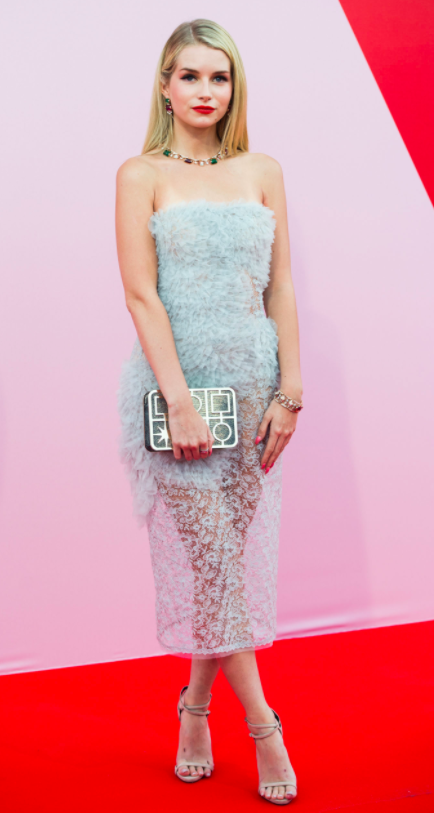 Elle Fanning’s day time look is not my fave. I just like that she’s showing off her white and red pins because I too suffer with corned-beef leg. Now this is truly ’embracing the pale’.

It’s impossible to critique every look because there are photocalls and screenings on every day for a week. So let us know, which looks of the festival are your fave?