Trend Watch: The Return of the Scrunchy

Remember that episode of Sex and the City that puts the nail in the coffin of Carrie and Berger’s relationship, when she’s waxing lyrical about his new book but then makes a tiny lighthearted observation that the main female character, who’s supposed to be a glamourous gal about NYC, would never, ever wear a scrunchie in her hair?

In trying to explain her reasoning when he gets all huffy about the criticism, she helplessly attests that no New York lady would ever been seen dead in one, that they’re reserved for yokels with no sense of style. That she’s proven correct later on when Berger approaches a scrunchy wearing woman to ask if she’s a native of the Big Apple, and she replies with a broad country accent that no she’s not, but she’s gosh darn flattered to be mistaken for one, speaks volumes. Carrie should know what she’s talking about; her alter-ego SJP rocked a scrunchy way back when, and the look didn’t exactly stand the test of time.

Saying this as the proudest Country Mouse of all, scrunchies bring to mind a thick velvet doughnut of material slip-sliding down the ponytail of a flaxen haired, innocent young milk maid, and that doesn’t really scream sophistication. Back when Carrie inadvertently insulted her insecure, immature boyfriend (ugh, I hated Berger) the scrunchy seemed dated and unrefined, generally giving the impression that the scrunchy wearer was largely unconcerned about personal style and happy to whip their lovely shiny hair up in a frilly elasticated circle to keep stray strands out of their eyes to better see the Statue of Liberty, or take part in a pie-eating contest.

BUT! I was out and about in the fine metropolis of Galway last weekend and I saw not one but three scrunchy wearing women. These were women who definitely had the look of people who knew what they were doing with their personal style choices; all of them had a girl who’s too cool to care hipster attitude, which of course means they do care but have artfully presented their artificial nonchalance with the ugliest hair tie to rule them all. 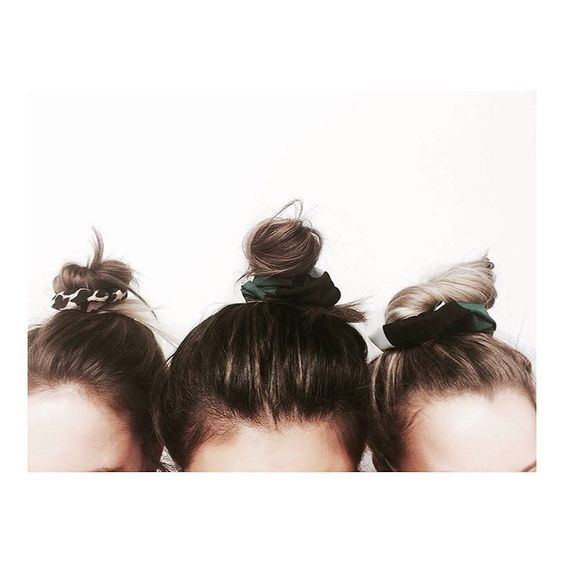 Oh ho, wily young millenials! We see what you’re doing – making it look like you’re wearing scrunchies ironically while actually thinking you look pretty effing cool – youthful, carefree and prettily humble. Like the young women I saw last weekend you too can embrace the scrunchy; you’ll be able to tie your hair back for the hoe-down whilst all the while looking Instagram ready. Win win!

You’ll be the trendiest un-trendy (wink,) gal around.