Oh I do love Paris Couture week – viewing the beautiful works of which will forever be as removed from me as a Monet or a Degas, wondering which star will don them on the red carpets to come, seeing who’s who on the front row. It’s only just begun, but let’s take a look at the stand-out shows that have happened already. Prepare to be awe-struck. 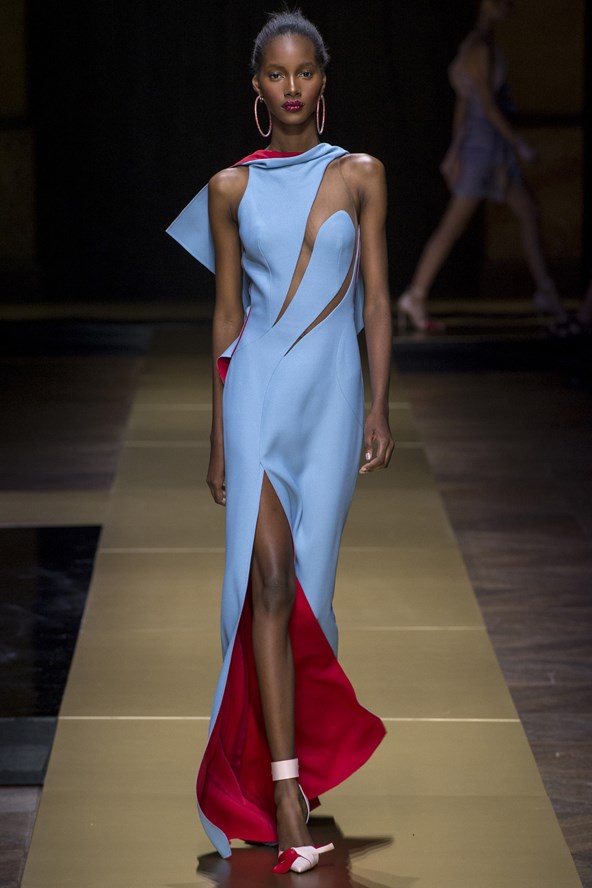 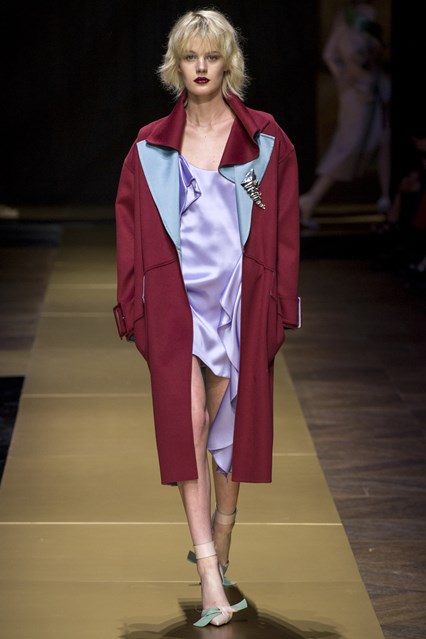 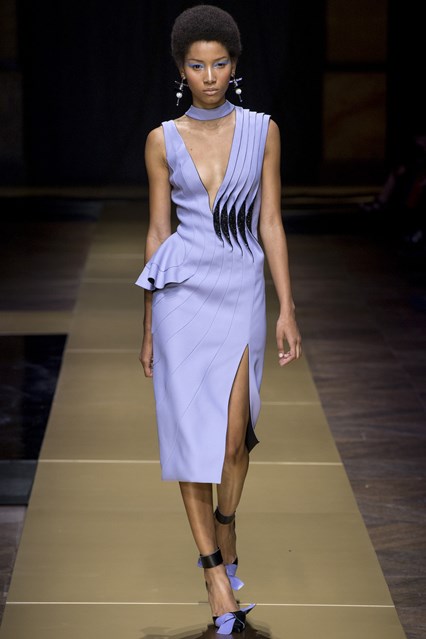 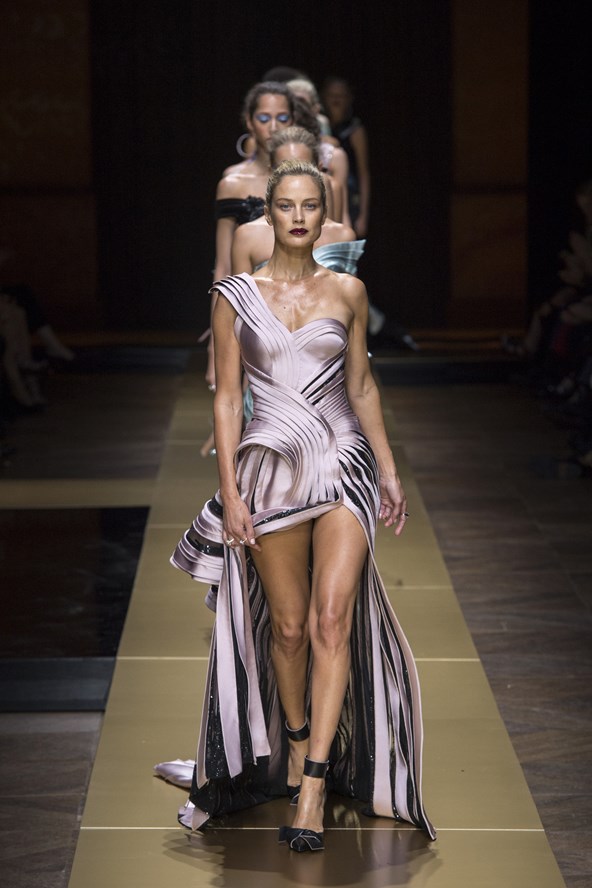 I love me a clashing colour, and la Donatella used her lilacs and fushias, sky blues and clarets to aplomb. There are still elements of Versaces of old – a structured sexiness combined with meticulous tailoring, but there’s a softer, looser side to the designs this season, a little more ladylike. I’m obsessed with the shoes, echoing the ribbon motif, and I love the strong, quite futuristic make-up paired with the laid back hair. 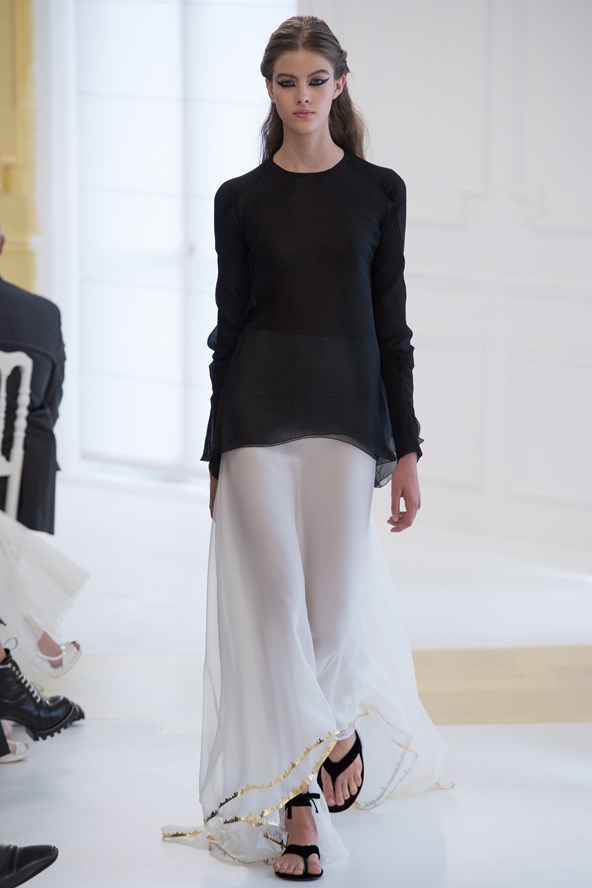 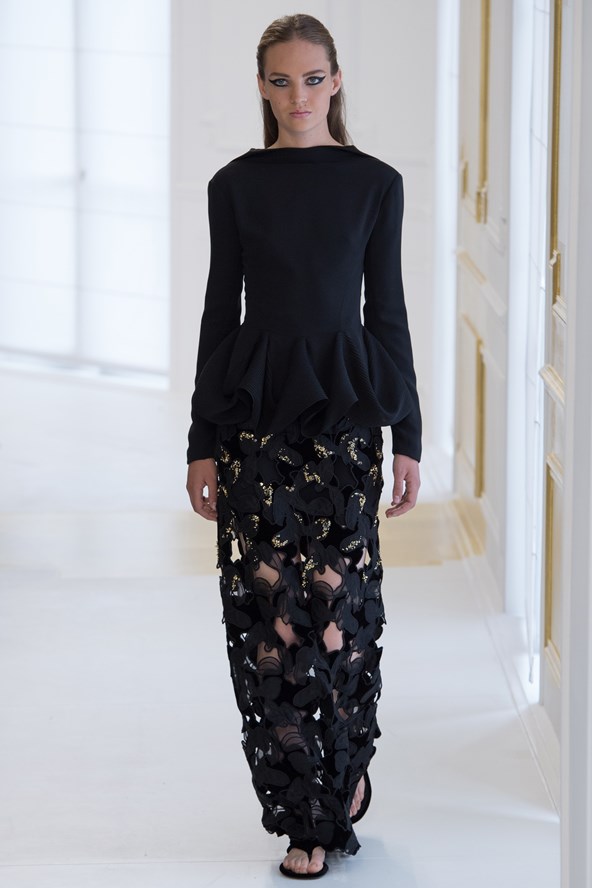 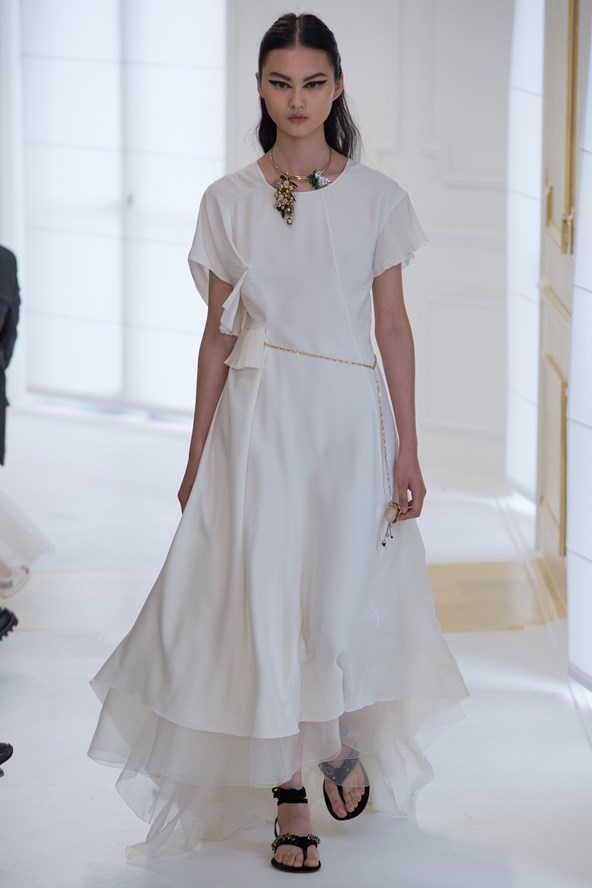 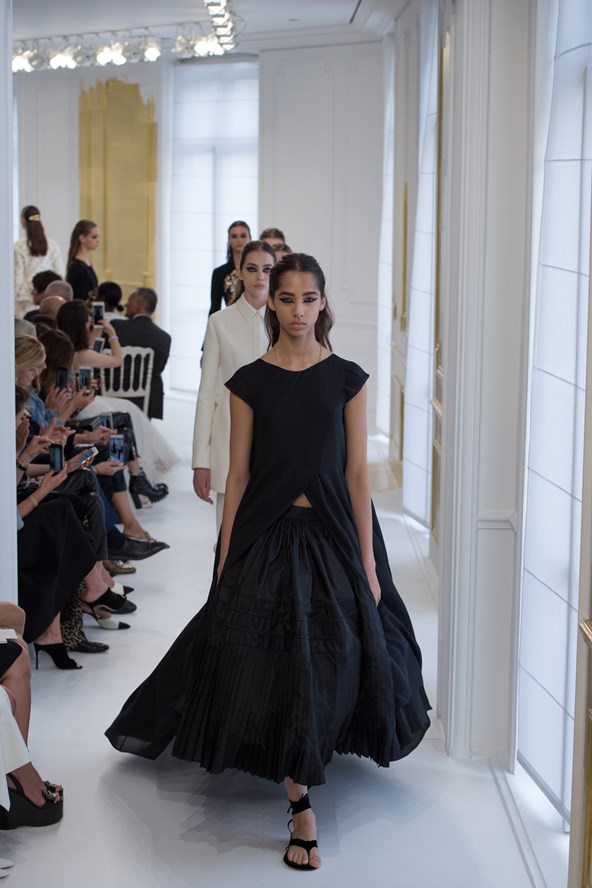 Dior was a funny one. Gone were its typical nipped in waists, on their place a much less structured aesthetic. The organza used in some of the pieces felt bulky even, and the mid-length skirts sent down the runway with flat sandals just didn’t get a chance to shine. There were some gorgeous details – gold lining, abstract floral motifs picked bu by the jewellery, intricate laser work – but the opulence seemed to be missing somewhat. 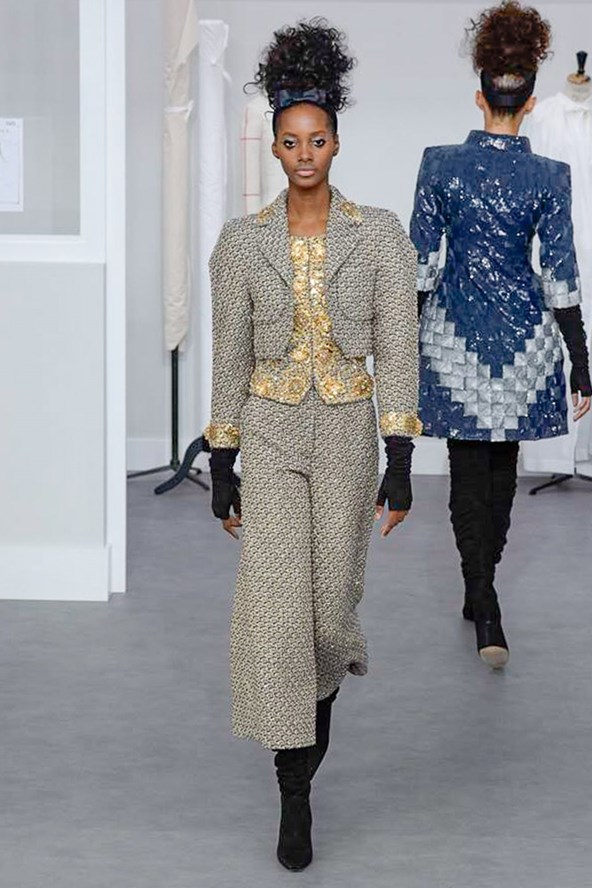 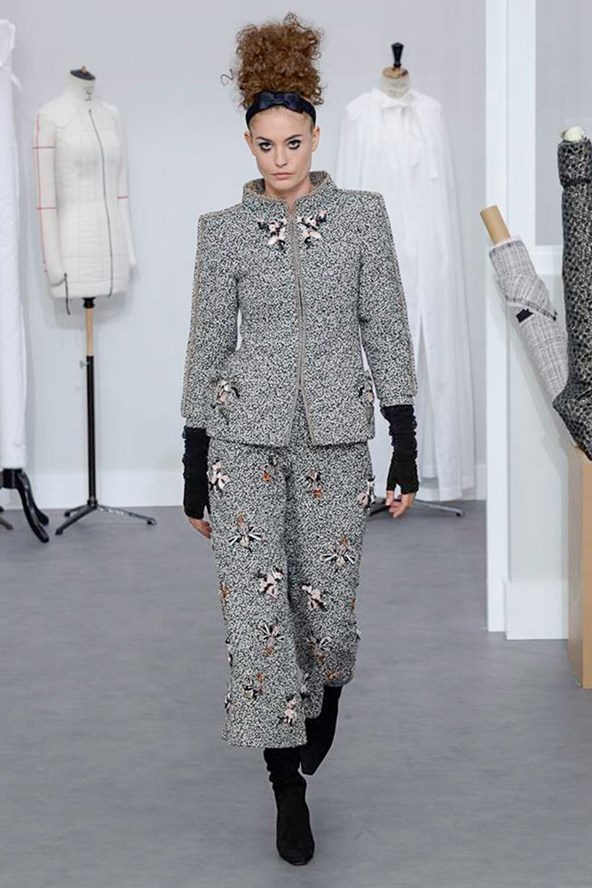 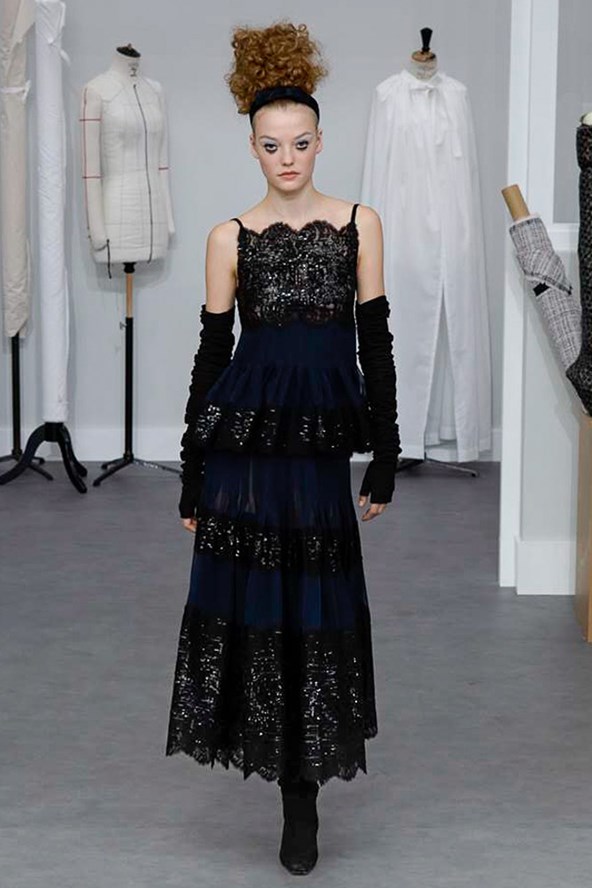 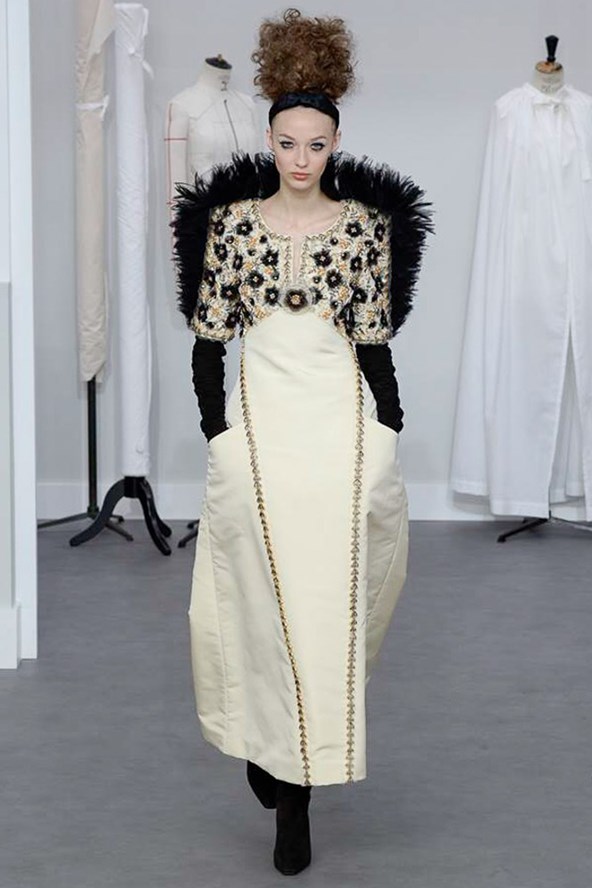 Dear old uncle Karl is settling in for a long but cost autumn/winter! The usual tweeds were there, in over sized, 80s mode, suits being the order of the day, both trouser and poofy skirt. Thigh length boots accompanied the looks, mirrored by black ruched sleeves. When the dresses appeared they were in navy and black pairings, creams and pinks. If the piled up curl look isn’t everywhere come Christmas time I’ll be sorely disappointed.

It’s a new age for couture – gowns are being downsized, trousers are becoming prevalent, social-media models like Bella Hadid are front and centre. No bad thing in that, but I’m looking forward to seeing what direction we’re taken in in the next few shows. Now, which famous face do we see in the first Versace number? Answers on a postcard!