What we learned from A/W16 Fashion Month

By the end of February Fashion Month and its September counterpart, one can become all fashioned out – and that’s coming from someone who has viewed the shows from the comfort of my own computer and hasn’t had to travel to four cities in as many weeks! So if you gave up on keeping tabs on the goings on halfway through London and haven’t had the stomach to trawl through the dozens of street style pics don’t worry, we’ve done it all for you and selected the highlights. Now isn’t that service with a smile?

It was snowing in NYC so the fashion elite were wrapped up warm – which is news in itself. It looks like comfort is becoming key (just like Vicky B transitioning to flats) and going out without a coat is not going to cut it anymore. Most seen on the streets? Lots of layers both long and bulky (hello again puffa jackets), straight cut jeans and beanies. 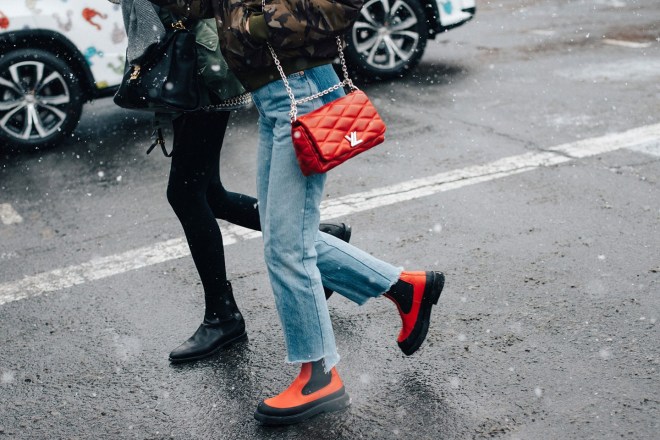 There was a similarly cosied up vibe in London, but with that cooler edge we’ve come to expect from England’s capital. We saw the return of fishnet tights, low heels or trainers with long skirts, small bags with emblazened logos on show and the slightly nineties jeans look seen in New York.

Milan was pretty wet and miserable aswell, and again the style of the day was to be sensible (apart from the usual suspects *cough* Anna de la Russo *cough*.Coloured fun fur was a trend carried over from the previous two cities but was seen in more force here, long slightly baggy lines were slouchy and even grungy while still being pulled together, and the beauty look was most often very simple bar a very dark lip. 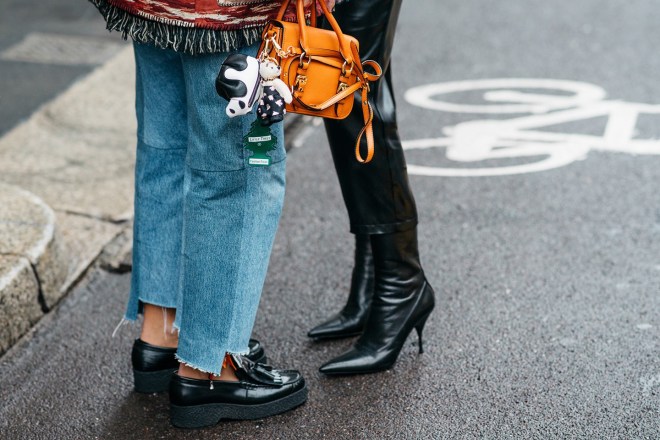 When you go to Paris you can’t help but channel a typically parisienne look, which is either perfectly put together with not a hair out of place or sexily ruffled. The trend for jeans with frayed edges paired with low heels and socks continued, voluminous jackets with shearling were in abundance and small cross body bags were all over the place. Stripes were around every corner, as well as cartoonish motifs that were also seen elsewhere over the month.

So what about the shows? There was the usual mixed bag across the four cities, but what became common or standout themes were:

So while for now there’s a return to a 90s aesthetic, you better believe that extreme 80s are on the way back – shoulder pads and huge gold buttons galore! Will you be wearing the trends, or are you happy to pick up a bit of inspiration but add it to your own personal style? Let us know!