How could we not comment on The Oscars? Award season is over and the biggest and still considered best ceremony ended with a range of . . . quite nice gowns.

Gone are the days of Swan Dresses. Long gone. People play it safe at the Oscars and while that means it’s slightly boring it also means that many of the dresses are simply gorgeous.

Some were more gorgeous than others. These ones:

Pastels are terrible on most pale people but oh no, not Cate. The shape and flower detailing is very pretty and feminine but it’s somehow not frou-frou. Perhaps it’s Cate’s handsome-ness that harshens it up (in a good way) but regardless, it’s a stand-out look. 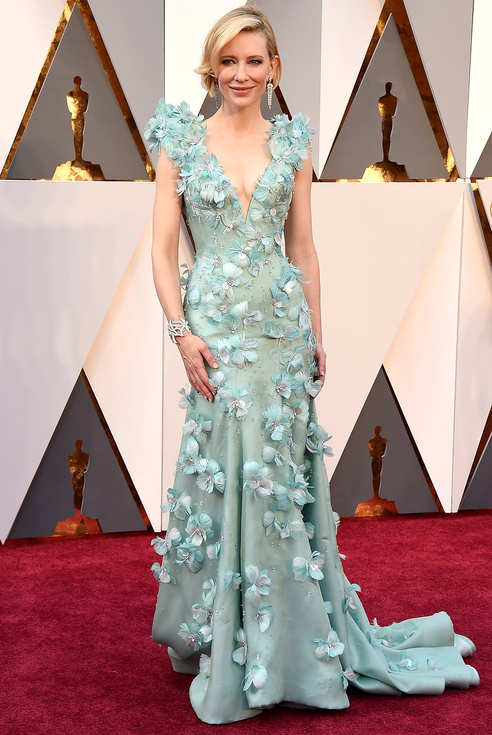 While I would have worn this with a different higher-heeled shoe, I get why regal Charlotte wouldn’t want to. The simple column style is not a ‘mature woman’ dress; Charlotte wears it as well as a (probably very modest) 20 something year old.

Yes, Chrissy is a model but she’s also proof that women of all shapes and sizes can look great in a gown.

This one is a love or hate number and while it doesn’t photograph well every time, the embellisment, length and the mesh detail takes it to another, very cool level.

Lily Cole has been shy on the red carpet recently so I was surprised to spy her at the awards in this stunner. And check out those shoooes.

There’s one every year.

If you never heard of either of these two and this your first glance you would still know they are the coolest pair in Hollywood.

Slinky, long-trained and the perfect shade of green.

The One to Watch: Saoirse Ronan

Speaking of green, well, I was never going to omit Saoirse in her Calvin Klein number. 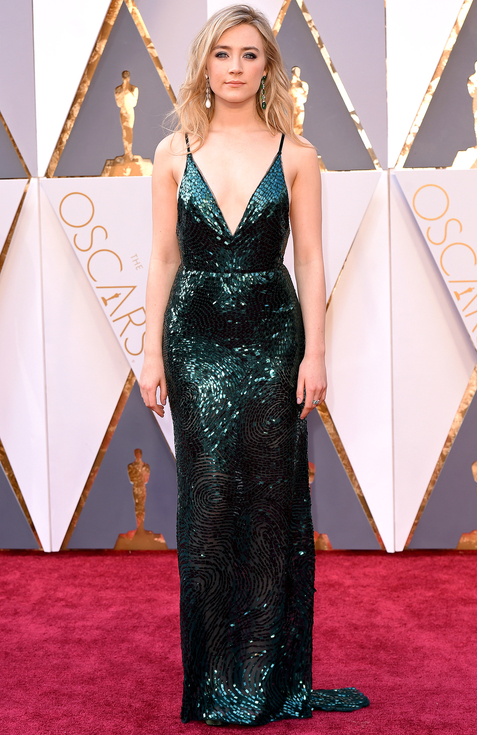 Rooney Mara could have worn this in a deeper shade to get that real goth feel but instead turned it all upside down with the off white hue. And I love the weirdly placed and shaped cut-out.

Sometimes, classic is the only way to go.

Some might compare Diane Kruger in this dress to your grandmother’s antique lamp. Don’t listen to those people. This is amazing.