Nobody should watch interviews with Saoirse Ronan. She has rubbed an awful lot of people up the wrong way with her real-life accent (or is it?) and her general…way. It’s probably because she’s only 21 and has already been nominated for an Oscar and she grew up (kind of) in Cavan and she’s probably perfectly nice but if you want to not not like Saoirse Ronan, don’t watch an interview. Reading them is fine.

The actress will probably be nominated for an Oscar and other awards with her lauded new film Brooklyn so expect to see her gracing the red carpets in what I think will be a slew of cool girl outfits. Because young actresses who rub people up the wrong way have a sneaky habit of being stylish.

She won the Best Actress award at the 2015 British Independent Film Awards on Sunday night in a Burberry dress that is going on everyone’s fantasy Christmas party dress list. Not to mention the shoes (of which I have a lookalike version from Dunnes. Ha!) 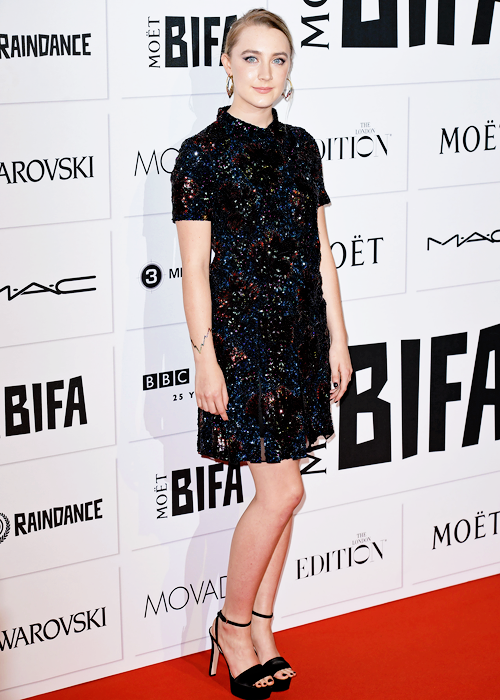 She’s been blazing a trail on the Brooklyn circuit and proving that she’s willing to give Fashion (with a capital F) a go.

She wore a Stella McCartney jumpsuit to the LA premiere of the same movie – an interesting choice for a pale skinned gal. So it’s not just the Bianca Jaggers of the world who can pull it off, after all.

It had to be high fashion for the New York premiere. Valentino was the designer of choice and colourful earrings were the accessories to play it up. 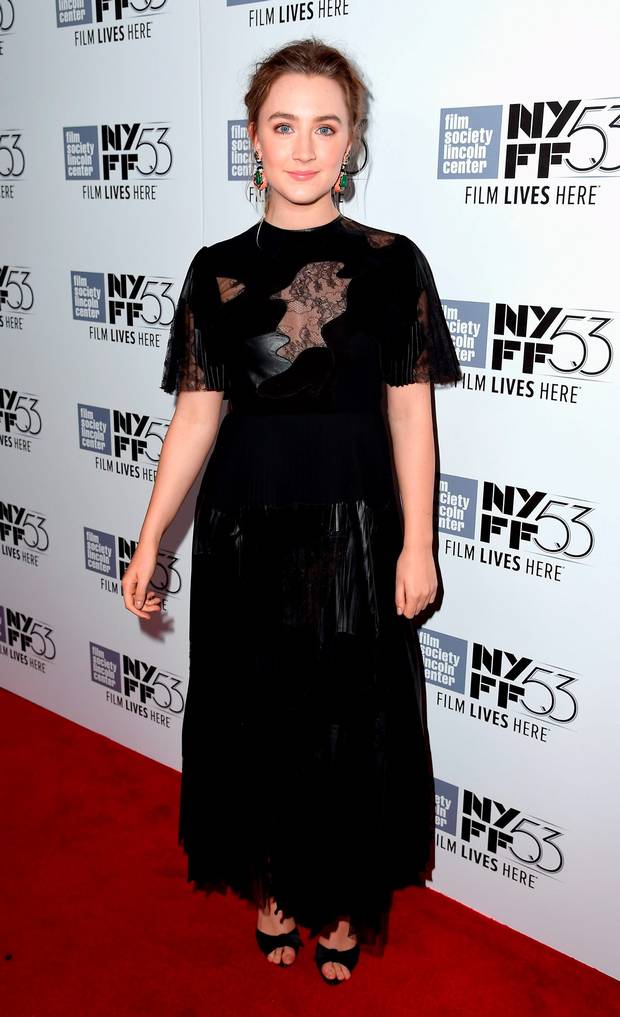 My favourite piece of her revolving Brooklyn wardrobe was this military inspired Burberry jacket. If I could buy it and wear it now I would – it’s from the SS16 collection and the trend is going to be huge come the new year.

The girl’s got style – or a good stylist – but she’s still finding her own sartorial personality. It will be interesting to see how it evolves and how that evolution blooms when awards season rolls round.