How To Wear, Occasions and Events, Town Mouse by townmousecountrymouseirelandOctober 13, 2015October 12, 2015

I’m a Halloween fan and I don’t care who knows it. I have never worn the same costume twice and every costume has been home made (or, to put it more aptly, cobbled together).

I’ve been a spider, the Hunchback of Notre Dame, a shadow (that was really easy) and even though I’ve been both Medusa and Cleopatra, the closest I’ve come to a ‘sexy’ costume (bleurgh) is when I went as a member of a band of Vikings with friends when I was studying abroad in Norway – the costume was made from a pillow case. With Viking helmet and axe of course.

We all know that sexy costumes are ridiculous and pathetic so there’s no use in me going on about it – this post is for people who weren’t born with the Halloween enthusiasm gene. Sure, they like a party as much as the next person and of course they don’t want to be left out when all of their friends are getting in on some trick or treat action but do not, I repeat, do not turn up to a Halloween party without a costume. It’s pretty much worse than wearing a floor length white gown to a wedding. Or like, a clown suit to a funeral.

I know you don’t want to make an effort but trust me, buy this one accessory and you will never have to stress out over Halloween, or any costume occasion, again. Behold – the blonde bobbed wig. (If you have a blonde bob on your head right now, I have two words for you – hair grows). 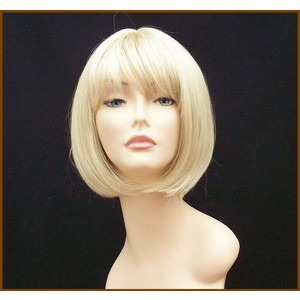 Yes, this one has in fact been done to death, but for good reason. The The Royal Tenembaums character has become iconic – fur coat, heavily kohled eyes, a sporty dress and of course, that blonde bob, pinned back on one side with a barrette. Embrace your inner angst-ridden teenult.

I don’t often praise Kim Kardashian but she came up with the goods when she dressed up as the Vogue US editor last year (bonus points for including her baby as André Leon Talley). This is the ultimate fashion costume and anyone who has any knowledge of the fashion world will get it straight away. Do not forget the shades.

Who? Why Drew Barrymore’s ill-fated high-schooler, that’s who! Ghost Face’s first victim in the movie Scream sported typical ’90s garb – who doesn’t a cream jumper in the back of their wardrobe? Pair it with some mom jeans and accessorise with a phone and maybe some popcorn. Done. 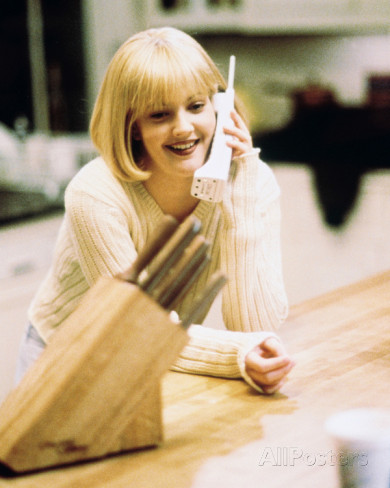 Needless to say, I have a blonde bobbed wig. I have only used it twice though and *gasp* I wore with for the same costume but for different occasions. The flapper costume wasn’t original, but it’s another one to add to the list!

Inspired? Or have you already taken care of that costume? What will you be?