I am a fan of the sheer trend. I like a layer of sheer material over a layer of something else, especially in skirts where the under part doesn’t even have to be short. That sheer layer gives the illusion that something a bit daring is going on underneath.

There’s a line. That line is a transparent dress  / skirt / top over what is essentially a bathing suit or more honestly speaking, underwear. I get it when the Kardashians do it – it’s a total attention seeking move – but this weekend along came Natalie  Portman.

Appearing at Cannes for the screening of her directorial debut A Tale of Love and Darkness, she obviously looked incredible but…where were her pants? The creation was by Rodarte, one (or rather two) of Portman’s go to designers and while the sleeves are lovely the sheerness is probably the only interesting thing about it. 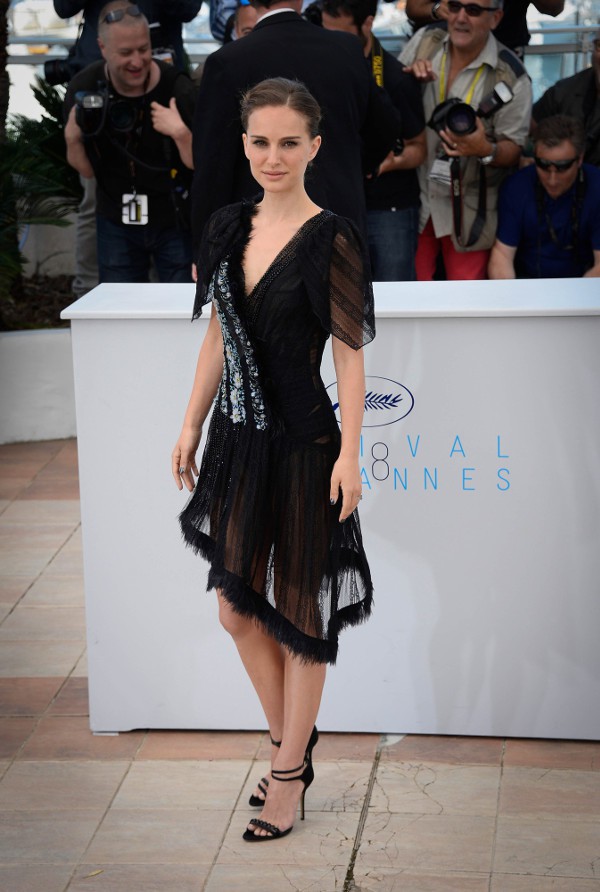 Or it would have been if she had paraded this look two years or so ago. I’m no prude and I’m all for being creative and pushing the boundaries when it comes to your sartorial choices. It’s just that there was a time and a place for transparent gowns and that time has past. We’ve got to ask, if you agree with me and also think that that’s the case, what’s next? If someone like Natalie P, who is generally so elegant and classy, is showing her smalls, what might the usual suspects do to attract attention in the near future? If someone like Natalie Portman is revealing her knicks, might ordinary people on an ordinary Saturday in an ordinary place start doing the same? I’ve got to admit, there are times that sheer apparel looks pretty great, visible pants included. Alexander Wang sent this number for AW15 down the runway:

It’s ’90s grunge and very cool but only about 1% of the population could pull it off. If you can, do it. While it’s not sheer per se, Kerry Washington wore a lace frock last week that’s the same idea, and she rocked that frock.