The BAFTA awards were pretty underwhelming this year, style wise. That’s not to say they were a disappointment; there were some incredible over all looks. Well, one or two. * 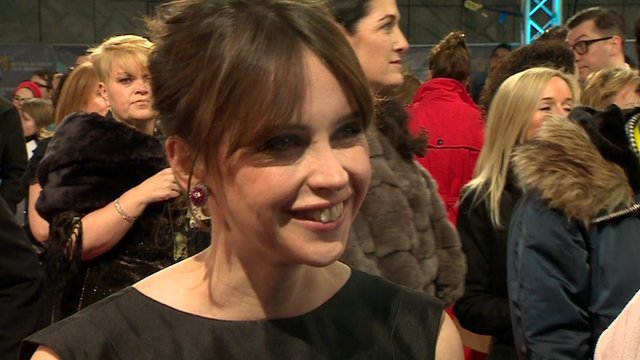 Felicity Jones wore a vintage Dior gown which was fairly nice (Gawd, describing a Dior gown as fairly nice? You would think I had a closet full of couture) but looked far better in motion than in a still image. That’s why I shall focus on the fair lady’s head.

Her hair style was youthful and unfussy and shiny and nice. Her makeup was the same but swap the word shiny with dewy. Her earrings were divine and complemented her gown very well. There’s an awful lot to be said for the natural look.

Eddie Redmayne’s main squeeze Hannah Bagshawe looked so effortlessly cool it probably made the be-coiffed A-listers wonder if they should have gone to Grammys where their Hollywood glamour would be appreciated. Jealousy is bitch.

Hannah was letting her husband take centre stage in his velvet suit and nomination – her hair and makeup are the definition of understated – but she was the ultimate First Lady with her impeccable Valentino number. How can it be that demure yet that cool girl sexy? It’s all in the subtleties. Minimal jewellery and that darling little clutch didn’t as much top the look off, they were necessary additions. 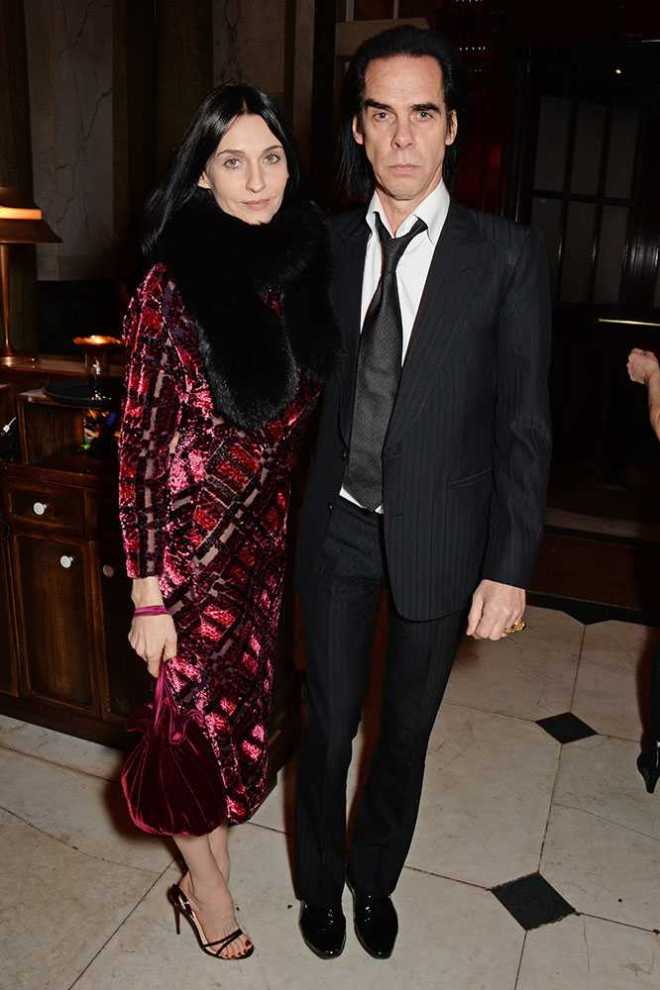 Susie’s outfit was an opinion divider but this is my blog post and I say it was perfection. Another cool woman and not a usual feature on the red carpet, Susie wore whatever the hell she liked and she wore it so well. Her dress was by Pedro del Hierro Madrid and while it would look hideous on Ordinary Jane, Susie wears it like it was any old thing at the back of her wardrobe. That’s a good thing.

Her choice of shoes was a good one. They are simple, elegant and her foot looks very seductive in the one we can see; everyone needs a pair like these in their lives. PS Nick Cave is a lucky man.

Lea Seydoux’s star has been on the rise for a quite some time now and the newest Bond girl (shared with Monica Bellucci who also looked fantastic by the way) has shot for the sun in this gown. Yellow has been threatening to be a ‘colour of the season’ for oh, at least 10 seasons but it never quite makes it because it’s so hard to pull off. Lea pulls it off. Obviously.

Her Prada dress nods in old Hollywood’s direction but the cut outs and colour bring it to 2015. Lea’s hair and makeup hark back to the golden age of cinema too but they are soft and light. Her locks don’t look like they’ve been hairsprayed to oblivion and her face is doubtfully plastered in the makeup of makeup artists.

One word to sum up the look: Glorious.

As if I was going to omit the deity that is Julianne Moore! A most deserving award winner and beautiful (in a non Kim Kardashian way) and nice (I’m pretty sure.) Dressed in a daring Tom Ford red carpet red dress, Julianne simply looked frickin’ great. Age DOES NOT matter but…she’s 54 people! Fifty Four. Idol. 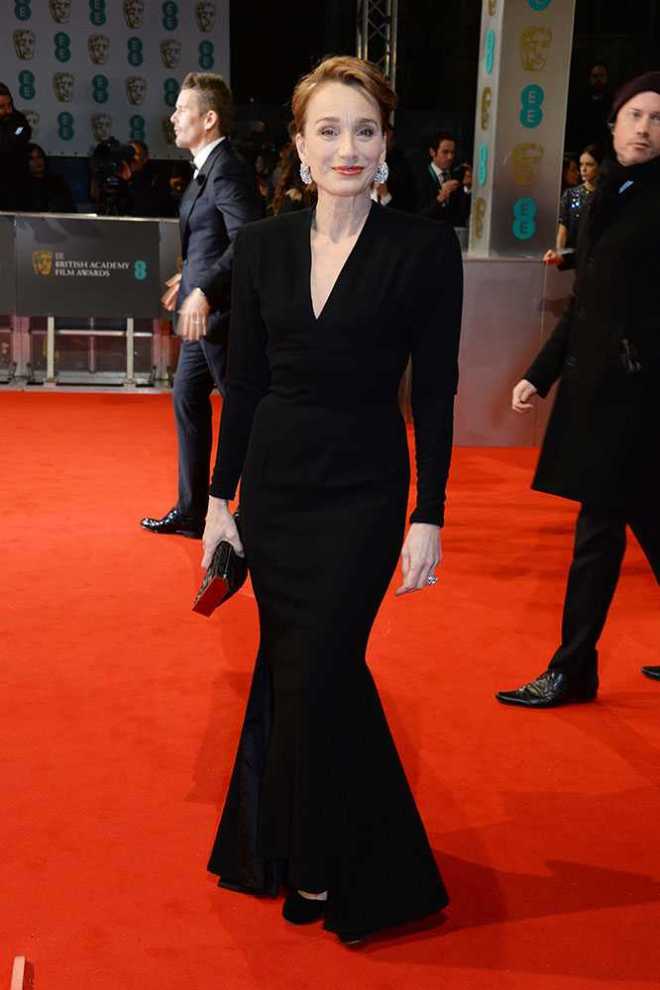 Yes, black is safe and can be boring and to be honest, Kirsten Scott Thomas’s 1948 Balmain Couture gown looked better in real life but when she sashayed up to the podium on Sunday night she stopped the show.

Julie Walters’s hair, earrings, sparkly gown and lovely shoes actually were the whole package. She was largely ignored on other best dressed lists, I mean Head to Toe lists, but I think she nailed it! Except for that black feathery thing that was totally unnecessary.

* The less we say about The Grammys, which also took place on Sunday, the better. But…ok, let’s take a look at the inimitable Gwen Stefani. Did someone say oil painting in the attic?