Don’t you just want to be her when you grow up? Luxury brands are finally cottoning on to the fact that their main customer is in her thirties and forties, and doesn’t aspire to look like a 15 year old pouting in tiny versions of her mother’s clothes. It’s all well and good on the catwalk – young, lithe bodies make garments look great when they move, let’s all simply accept that – but a lifestyle, a look is being sold in the media campaigns, and who doesn’t want to be inspired by an accomplished, utterly cool octogenarian? While these days Hollywood subscribes to a cult of youth, when one harks back to yesteryear you find that starlets were done up to the nines to look far beyond their years. We watched High Society over Christmas, with Grace Kelly in her last role before she became Princess of Monaco. She was 26.

Glamorous and poised, she’s always been a style inspiration to those who wish to emulate her WASPish mature look. Take 27 year old Blake Lively – new mother, married for just over a year, settled and enjoying her life, she has begun to err on the more sophisticated style of dressing.

This dress she wore to her baby shower actually sold out after the picture was posted on her Preserve website. It’s a bit bohemian, but reigned in and polished. She looks youthful but mature, playful but sophisticated.

In The Age of Adaline she plays a woman who, after an accident, stops aging at 29. I’m quite intrigued to see this film, not only for what promises to be great style (timeless camel coat alert!) but to see how the treatment of aging is portrayed. It will be interesting too to see how the title character’s personal style is honed over the decades. There isn’t really a rule any more for “Dressing for Your Age”. It’s all about dressing appropriately according to your own life and style. We all know those women (just take a look at the majority of the Real Housewives) chasing their youth with admirably great bodies and surgically enhanced faces, trussed into bodycon leather with hair dyed to oblivion. If that’s how you want to present yourself by all means go for it, but it’s all a bit… vulgar. I know I’d much prefer to let things progress as they intend to, and have fun experimenting with new ways to enhance what I’ve still got.

It helps, of course, to have extraordinary beauty to begin with, but then some other people really do grow into their looks as the grow older. Sarah Jessica Parker for instance, and Downton’s Countess of Grantham, Elizabeth McGovern, who’s 50. 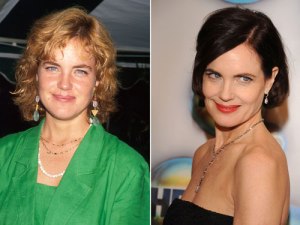 So who would you rather, Miley Cyrus or Meryl Streep? Arianna Grande or Tilda Swinton? It doesn’t take witchcraft to create the perfect campaign, but a little magical thinking certainly helps.

**Update! Joni Mitchell (71) has now been revealed as the new face of Saint Laurent – how cool is that?! 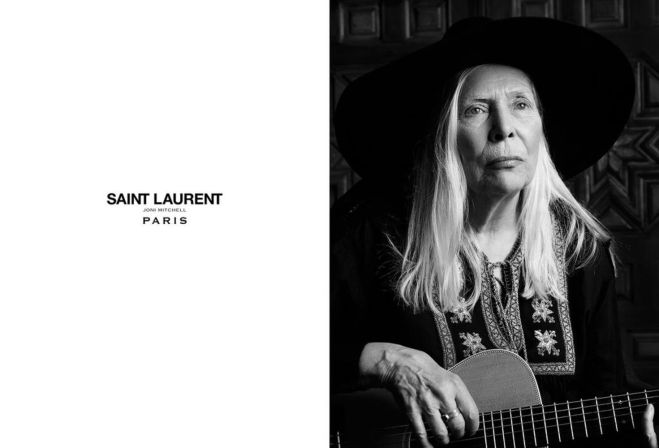