Pop Pop! A Trend Is Born.

It’s not every party that Alexa Chung goes to where she isn’t the best dressed there. Seen at hip new venue The Happiest Hour in New York, she wore a very fetching ensemble of a strapless grey dress with pleats, strange black boots with straps and a box bag. Tipped with a deep pink lipstick, she did look a million dollars but – she was outshone by (one of her) BFF(s) Poppy Delevingne.

Poppy D has collaborated with swimwear label Solid & Striped to produce a line of retro-esque bikinis and the like and that’s why the two Brits were in town. But that’s not the point: I don’t care for discussing beach apparel in November. The point is the outfit Poppy wore; an Emilio Pucci dress and Converse. 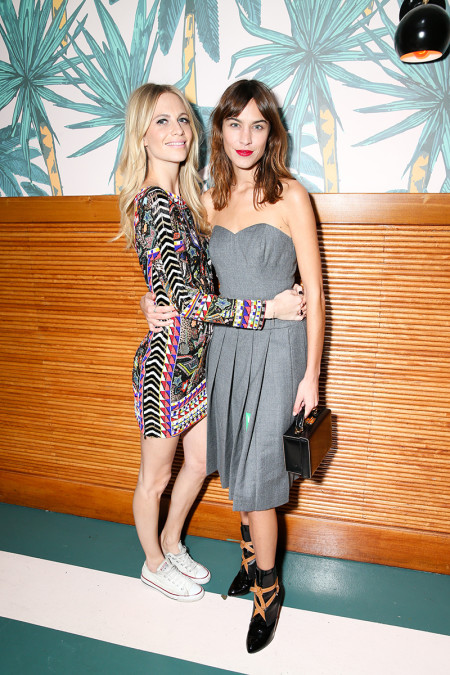 Under normal circumstances, summery outfits in November kind of irks me. Alexa’s ensemble is far more season appropriate but Poppy’s is just so fresh and sexy and chic and casual.

A tight dress and Cons are certainly an unexpected combo for the launch of a fashion line, most others would almost certainly pair the Pucci with heels. Poppy did what all the Cool Girls do, made an effort but didn’t look like she made an effort. The best way to do this to ditch the heels. 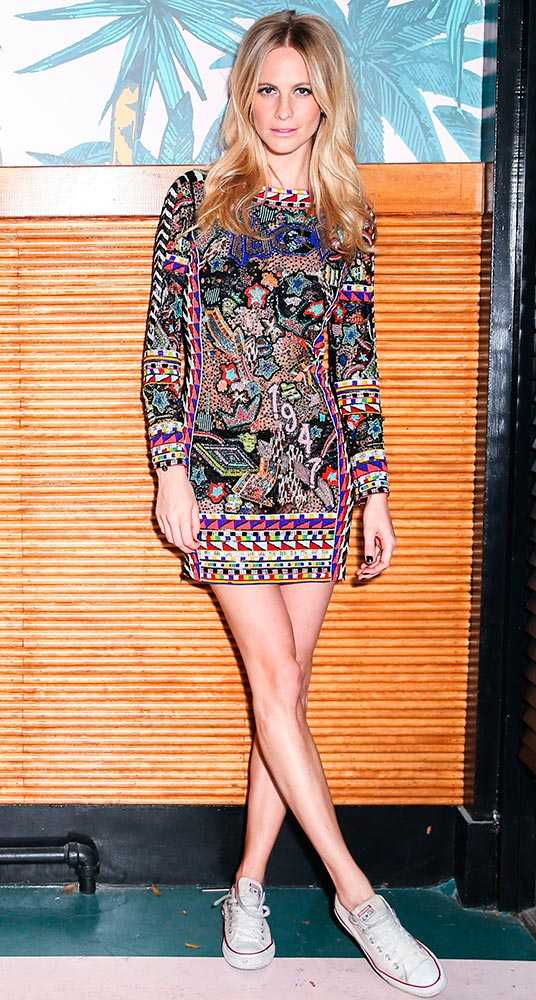 Yes, Ms. D has help in the style department. The pattern heavy dress is a show stopper and it doesn’t come cheap. Her blow dry, make-up and tan definitely didn’t come cheap either, again, that all appears to be effortless but the whole look probably took hours to come together. Her model figure and endlesssssss, slim legs make it much easier to pull off the short skirt / flat shoes style too.

It’s not a new concept; here’s Swedish blogger Sara Strand modelling the short skirt/cons look back in 2013. Her interpretation of the combo is more autumnal and it’s definitely very cool. The reason why I’m waxing lyrical about Pop Pop’s style is because she was at a fashion party, in a party dress and she wore Cons. White Cons.

Poppy is very fashion and while I wouldn’t call her a fashion victim she is trendy. The Chanel dress she wore to her wedding in May this year was certainly emblematic of the time. Who knows whether she will regret it or not in times to come but she looked pretty fashionable (and rather lovely) back then. 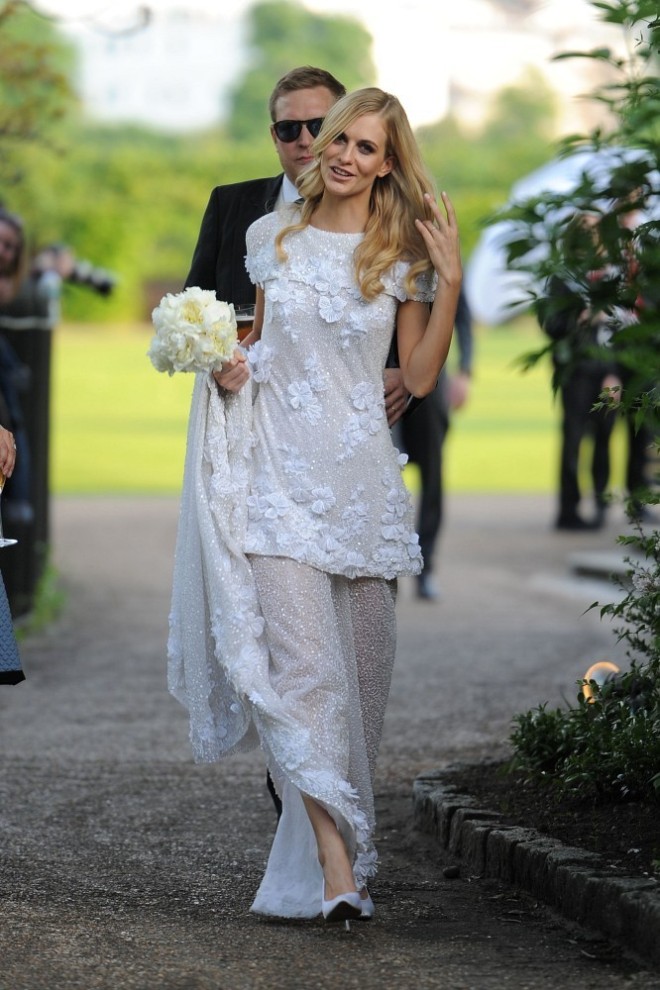 Tis almost the season of glitz and sparkle but maybe, just maybe, the Poppy look will triumph. It’s easy to do – all the more easy of course if you already have similar items in your wardrobe. Short, patterned, body con dresses were big a couple of years ago (think florals and tribal prints) but at the time strappy sandals or pointed heels were the shoes of choice. Flat shoes were worn with these dresses – but by teenage girls with big bird-nest buns on top of their heads.

This look is a grown up look. You should be groomed – but a little bit of the undone thing (in a Kate Moss way) wouldn’t hurt. Even if you do have a pair of Cons, which you probably do, they should be clean and in good condition.

The dress below from Top Shop would be pretty perfect. It was out in 2012 when the ‘Baroque’ print was en vogue so some of you might have it – or something like it – stuffed away somewhere.

It’s out of stock now but the dress below, also from Top Shop would do the trick. There are plenty of floral print body con dresses on the market at the moment (Forever 21 have loads of them) and I have to say it, it’s a young look. Very young. But you won’t be bird-nest bun hair-ing it though, will you?

The blow-dry and chic make-up will grow the look up. The dress should be over the knee but should definitely not be so short that people would mistake you for being a crazy who forgot to put her pants on.

As for the Cons, white’s alright. Make sure they have a thin sole. The look is supposed to be streamlined and slim, a thick sole would clunk it up.

I’m going to do it. I’m going to emulate a Delevigne. It’s going to be a comfortable Christmas. For one or two nights at least.