Hocus Pocus (Out of Focus)

It’s that time of year folks, All Hallows’ Eve. But of course you know that already; some of you ghoulish lot have been celebrating for at least a week! What with mid-term breaking up school the Friday before the bank holiday releasing little ghosts and goblins back into the arms of their parents for a week, the lovely long weekend itself, packed full of events, and a corporate effort to turn what used to be a day of horrible fun into a season, there’s been a big build up to this most haunted of nights.

And I kinda like the increased sense of occasion, as it happens. It’s always more fun to go out when there’s a good excuse, and to do things during the day that you wouldn’t usually. Last Sunday marked the Macnas parade in Galway, and what a spectacle that was!

All sorts of creatures filled the streets, delighting and disturbing the amassed crowds. With the old haunts of Galway as its background it really was a superb performance, and definitely got me in the mood for the next item on my agenda.

It was a hop skip and a jump out to Ballybane to send off the Sonic Room Rehearsal Studio in spooky style. The space run by David Cariss sadly had to close its doors, but some members of bands and acts that had availed of what was a great facility banded together to put on a night of magical music and crazy costumes, that might just inspire you to cobble together and outfit and celebrate all things supernatural tonight! 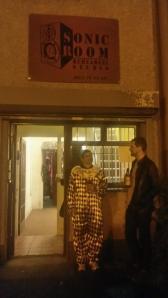 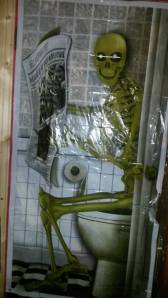 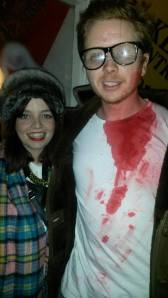 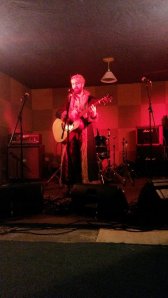 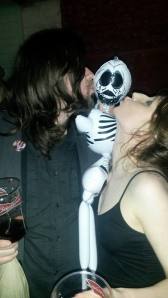 As usual I came totally unprepared with my just my phone, so a load of my pics of the many musicians and assorted mystical creatures have been lost to the blur and unsuitable camera setting. But thanks and well done to Fuz and Eanna who organised the night, (and RIP Barry and the Richardsons)! Some of the spooktacular line up included:

But today’s officially the day! What are you doing, where are you going, are you a trickin’ or a treatin’? Send us in your pics to townmouse.countrymouse.ireland@gmail.com or post them on Facebook!