Second Hand Chic – A Day at a Market Stall

It goes against my very being to get up at 8.30 on a Sunday morning. That’s only five minutes after the time I set my alarm for during the working week! But this Sunday I found myself up and out of bed, dressed and fully made-up at 9 o’clock in the AM. By 10 I was wheeling my clothes rail (aka my wardrobe – I live in a very small room) down to Newmarket Square in Dublin 8 to meet my good friend Irina who I was helping out for a day at the market.

Irina is vacating this Emerald Isle in September so she is doing a bit of, no, one hell of a spring clean. The weekly market space at Newmarket Square is very close to both our places so she thought she’d give selling her wares a go before giving them to charity or putting them in storage. She has an amazing sense of style and owns some great pieces – some expensive and some that only people with a very good eye can spot in Penneys – so I was certain her stall would attract heaps for punters looking for a marvellous bargain.

Newmarket Square houses many different ‘days’ of markets at the Co-Op centre; there are often ones dedicated to vintage items for example, and The Dublin Flea Market takes place there on the last Sunday of every month. Our stall, for one day only, became part of Fusion Sunday. It is what you think it is – an opportunity for people from all over the world living in Dublin to showcase their skills, talent – and merchandise. There is food (we had a delicious breakfast of savoury buns and battered rice cakes), a lot of ‘ethnic’ style clothing, candles, hats, toys and ornaments, and there’s a wonderful community atmosphere.

A lovely element of Fusion Sundays are the workshops. Performances pre-cede each workshops and are peppered throughout the day and were staged directly beside our stall. We saw belly dances, flamenco, a tai-chi demonstration and my favourite, African drums and dance. 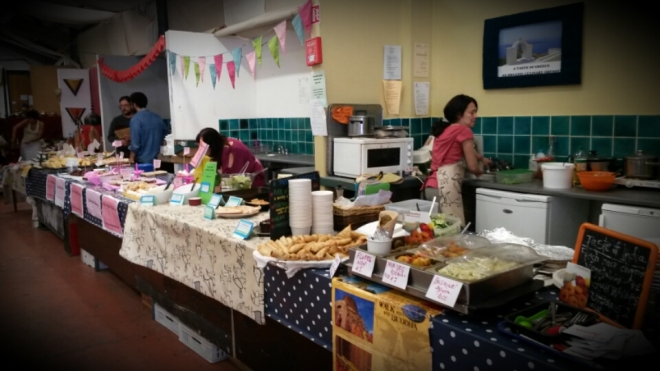 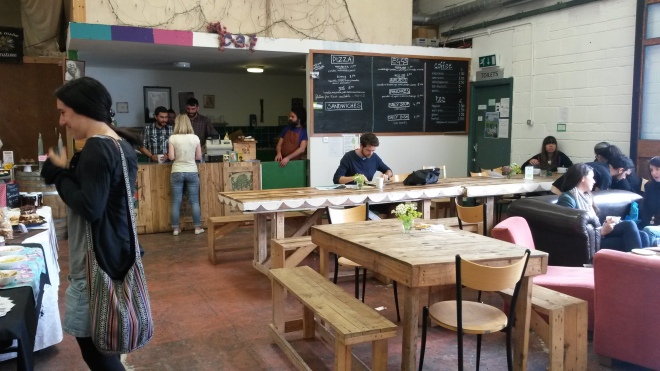 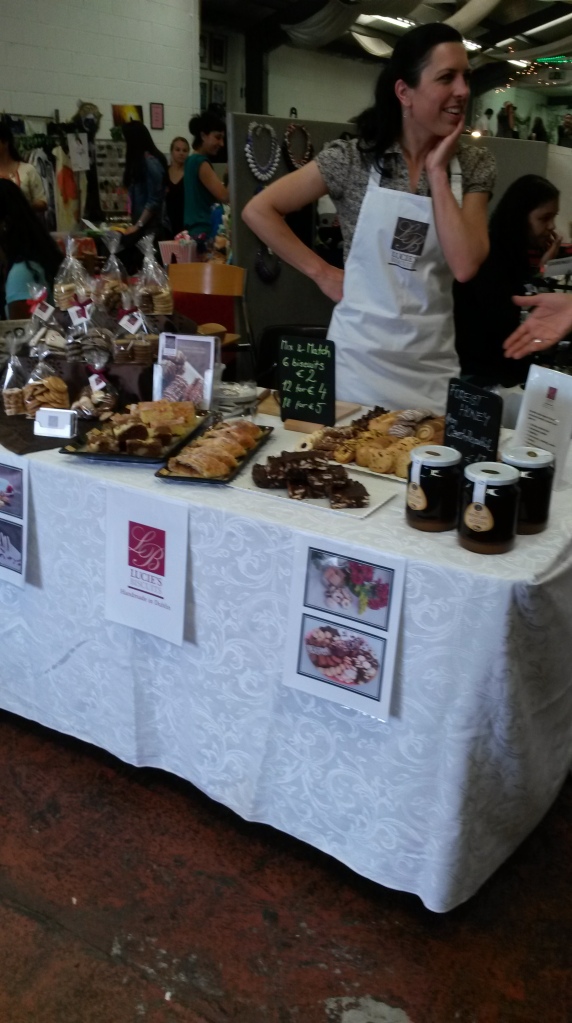 Luckily for me, there were plenty of interestingly dressed people to satisfy my street style spotting obsession. The general aura of the place is slightly hippyish, a bit alternative, all good! The clientele are a mixed bunch – some are obviously regulars, who are there to hang out, eat, watch the performances, talk to their friends – and others are walk-ins, keen to check out what this near-famous market scene in D8 is all about. Mixed with the performers who have no qualms about wearing their costumes as they browse and people from foreign shores wearing their country’s traditional clothes, it’s a very interesting and diverse mix and the peculiar living tableaux is a pleasure to behold.

I should have taken more snaps but I was busy being Irina’s assistant but I did mange to capture two cool ladies who both were holding stalls.

See that beautiful creation a-top Brazilian artist Thaís Muniz? Had you been at the market on Sunday you could have been the proud owner of one just like it. They come in a great variety of colours and patterns and I believe they have a place in every woman’s wardrobe. You can check out her website at turbante.se

A true original is Miss Bella Agogo. Performance artist, burlesque queen and seller of quirky clothes (and African dancer, or at least she was last Sunday!) she was full of chat and bursting with praise for her fellow stall-holders. She has been with Fusion Sundays since the beginning and says she has made many friends along the way. 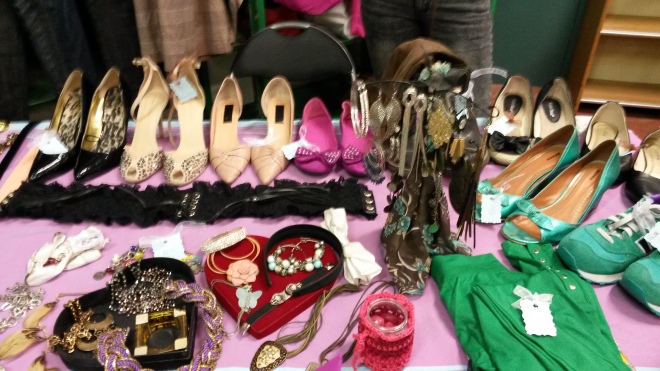 The question everyone wants answered of course is did we manage to sell anything. Well, yes we did – but we can’t say it will be paying for Irina’s world trip! I’ve learned lessons from holding this stall for the day and the biggest one is that it’s a gamble.

When thinking about setting up a stall you need to be careful about choosing which market and what day. The day we set up shop was the Sunday of the hugely popular Laya Healthcare City Spectacular and we figure that if anyone was going to check anything out that day it would have been that. It was a grey day but by no means miserable so it’s likely that people would have preferred to be outside.

A good crowd came for food and a lot of interest was garnered from the performances but really, summer is a tricky time. Irina had tried stalling it before, in the same location two years ago, and was very successful. The difference is it was October, students were in town looking for a bargain and other folk were glad to have something indoorsy to do as it started to get chilly.

Over the past few years, we haven’t just become a multi-cultural society, we’ve become far more open to embracing new things – and old. Markets are happening all over the country and they’ve lost their reputation for being havens of junk and tat. There are gems to be found (as one person discovered when she bought one of Irina’s amazing dresses for an absolute steal) and lots of fascinating things to discover.