Country Mouse, What to Wear by townmousecountrymouseirelandJuly 15, 2013March 19, 2014

It’s with a heavy head, downcast with hair falling into her face, that a 13 year old girl debuts her first pair of specs. Maybe it’s different these days, but my first pair were standard issue, which even now in their oversized brown-ness wouldn’t hold their own even as ironic hipster glasses. 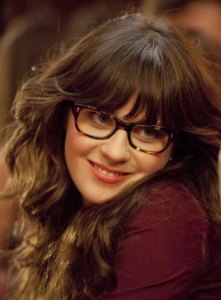 I was an awkward teenager

Ever since then I’ve had a love/relationship with spectacles. On the one hand they help me see things as they are intended to be seen; on the other it’s really difficult to find a pair to flatter my weirdly shaped face (Priorities, my dear, priorities). But narrow at the temples, wider at the jaw, a small wire-rimmed pair accentuates my lower face squareness, anything wider makes my face look like an hourglass. My current pair do an adequate job, and aren’t too offensive (they’re actually a slightly smaller version of those sported by Zooey Deschanel, above). However, being my vain self, you’ll rarely find a photograph of me wearing them (hence the picture of Zooey Deschanel, above).

This, in turn leads to complications. By now I’m sure you’ve heard of Bitchy Resting Face – that affliction that affects people whose expressionless face – distracted while running errands, vacant in front of the tv etc etc – gives the impression that the person is not to be trifled with. Or approached, at any cost. The unfortunate Kristen Stewart appears to be a sufferer, as is Anna Paquin, according to my Google image search. 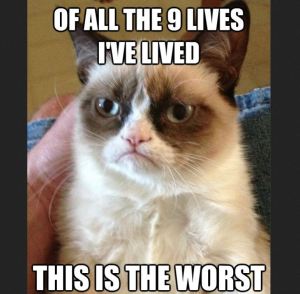 But this may be the most famous example of all.

My affliction is similar, but self-inflicted. I’ve coined it Suspicious and Incredulous Face, and occurs when you squint to better see something. If that something is a person you’re trying to decide whether you know or not, from a distance, it can be misconstrued as the evil eye. If it’s directed at someone closer up to you it can be mistaken for a disgusted or dismissive expression. It’s not something to be proud of (never mind the “laughter lines” that will grow deeper as you desperately peer). So I’ve come up with three differing ensembles in which your glasses play centre stage and are to be celebrated rather than tolerated! 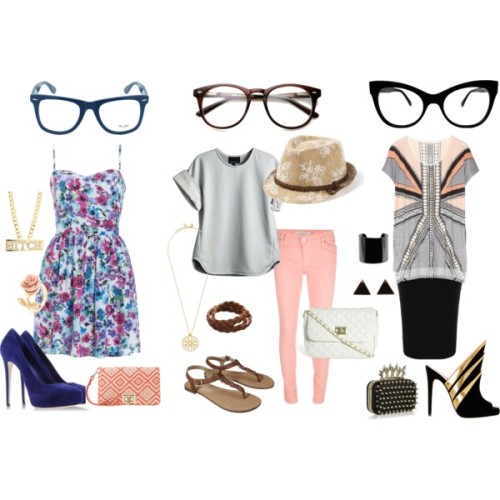