So has anyone else been watching Pretty Little Liars – the American prime-time soap about four schoolgirls who get into scrapes and all sorts of mischief? I know, I know, even if you are clued in you won’t be admitting it any time soon. Well, I’m not shy about my guilty pleasures although I did genuinely start watching this after I saw a still of the girls wearing outfits that my parents certainly wouldn’t have let me out in during my school days.

The ‘little liars’ – who are indeed pretty – live most schoolgirls’ dream (apart from the murders and deceit). Popular, talented and surprisingly not bitchy, well, not after Ali died…but enough about the plot, the best thing about the show is the girls’ wardrobes.

It’s set in Rosewood, an idyllic sounding small town in Pennsylvania (so presumably the girls order their clothes on-line.) The four girls each have four very different personalities (of course!) and they have the wardrobes to prove it. 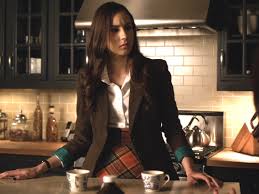 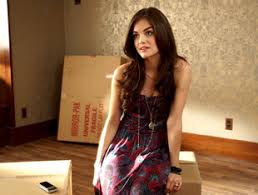 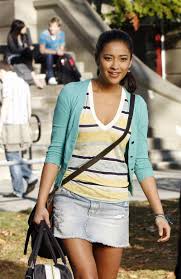 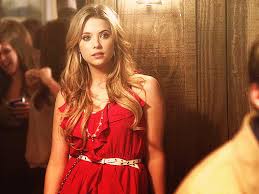 My fave is Aria (the artsy one) except when she’s wearing purple and black basques. The wardrobe designer is seriously good, though. Like Pam Fields before her, Mandi Lane has made fashion the fifth main character of the show (don’t try to tell me that New York was Sex and the City’s!). Even Mr. Fitz has a distinctive fashion edge. His is young, hot academic and it sort of makes up for his creepy taste for young girls.

Gossip Girl was another show that non-teenagers watched to check out what the beautiful cast were wearing that week, so was 90210, and the fact that the cast are mostly in their 20s makes it a-ok to do so!

So why do I not add Pretty Little Liars to my list of favourite shows on Facebook, or tell anybody that I watch it (until now)? Probably because it’s ridiculous and I should be spending my hours watching educational documentaries on interesting mind-developing subjects.

They don’t call them guilty pleasures for nothing. Like reading the gossip site that shall not be named and drinking a can of coke for breakfast on Sundays, watching trashy TV does the opposite of cleansing the soul. Some good has come of it, however,  – Spencer inspired me to buy a tweed look jacket from H&M that I wear constantly and get frequent compliments on.

And at least I don’t watch TOWIE.